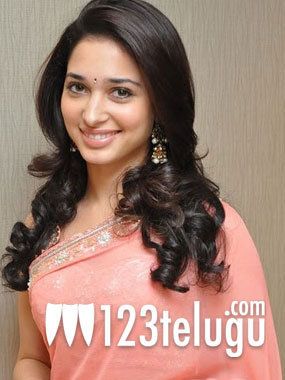 Gorgeous beauty Tamanna has run into a legal fight with a Bollywood producer. Producer Salim Akhtar, who made Tamanna’s first ever feature film ‘Chand sa Roshan Chehra’, has filed a case against her alleging non payment of contractual dues. The producer says that he has an agreement with Tamanna, whereby 25% of her earnings for the period 2005 – 2010 need to be shared with him.

The movie was produced in 2005 and it did not run well. Tamanna later made her Telugu debut with Manoj Manchu’s ‘Sri’ and then became a popular star over the years. The case has been filed in the Kolkata High Court.

There is no statement so far from Tamanna over the matter but it is being reported that her father has rubbished the allegations made by Salim Akhtar.