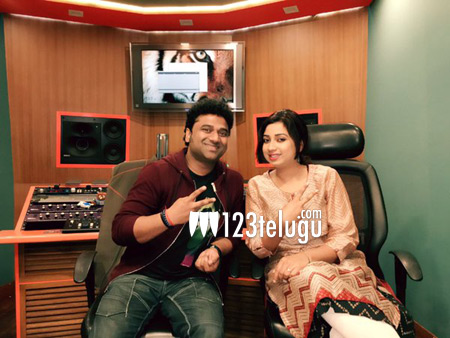 It is a known fact that Devi Sri Prasad is composing music for Pawan Kalyan’s upcoming film Sardar. For one of the songs in the film, Devi has roped in National Award winner and Bollywood singer Shreya Ghoshal.

The romantic number in Shreya’s voice has been wrapped up today and Devi has straight away gone into the post production of the album. Reports reveal that DSP has once again composed an crackling album for the power star after Gabbar Singh.

Shooting of this film is nearing completion and the unit will now head to Europe for canning two songs in the film. Music of this film is slated to be launched in the third week of March. Sardar is up for an April 8th release.