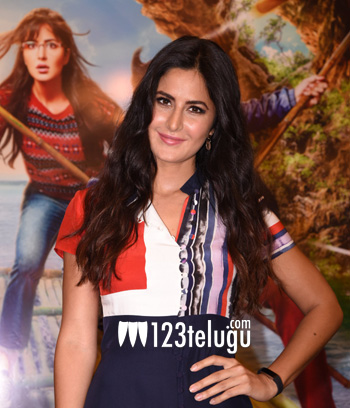 Prabhas’ popularity increased by leaps and bounds following the historic success of Baahubali 2. The actor is rumored to be in talks with Bollywood filmmakers for his Hindi debut.

Meanwhile, Bollywood star diva Katrina Kaif revealed that she wants to romance Prabhas if ever she makes her comeback to Telugu films. While promoting Jagga Jasoos at the just concluded SIIMA awards in Abu Dhabi, Katrina said that Prabhas acted quite well in the Baahubali franchise.

Katrina also chose to romance Chiyaan Vikram whenever she makes her debut in Kollywood. It is well-known that Katrina had acted in two Telugu films, Venky’s Mallishwari and Balayya’s Allari Pidugu.