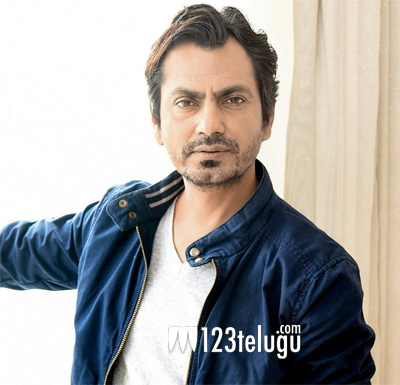 Bollywood star Nawazuddin Siddiqui is hailed as one of the finest actors in the country today. Nawaz is currently acting in Superstar Rajinikanth’s ongoing film, Petta. He was in Hyderabad yesterday to promote his upcoming film, Manto, a biopic on legendary yesteryear author, Saadat Hasan Manto.

It’s well-known that there were reports until recently that Nawaz is being considered for the main lead in Telangana Chief Minister KCR’s biopic. However, there has been no official announcement about the same.

When asked about acting in KCR biopic, Nawaz said that he has never been approached for KCR biopic, but evinced interest in portraying KCR. “KCR is a people’s leader who fought for the aspirations of the people of his region. Given a chance, I will surely act in his biopic,” said Nawaz.