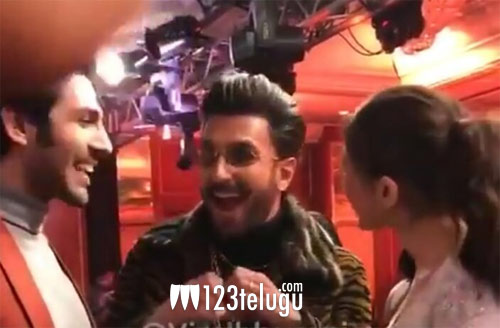 Bollywood star, Ranveer Singh’s Simmba is all set to hit the screens on December 28th. The film has young starlet Sara Ali Khan as the female lead.

As a part of promotions, Sara revealed that Sonu Ke Titu Ki Sweety star Karthik Aaryan, who is currently the heartthrob of many girls, is her latest crush.

Keeping this in mind, Ranveer played the perfect matchmaker and introduced Karthik to Sara Ali Khan at an awards event held last night in Mumbai. This video has gone viral.

Coming back to Simmba, the film is the remake of NTR’s Temper. Rohit Shetty has directed this cop drama and Karan Johar bankrolled it.