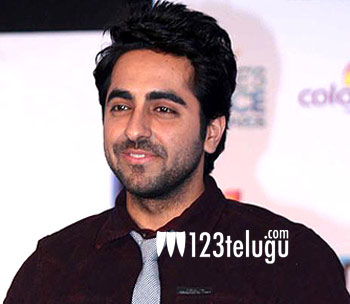 Bollywood star Ayushmann Khurana was in Hyderabad recently to promote his soon to be released comedy drama, Shubh Mangal Saavdhan. During his interaction with the media, Ayushmann was asked if he is interested in foraying into Tollywood.

Ayushmann said, “it might take time. Maybe, I’ll do it if I get some good offers. Though I will have to learn Telugu, that’s okay. I hold the South Indian movie industry in high regard for its professionalism as I can relate to it.”

Ayushmann further said that he loves Hyderabad for its culture, people and food and that he frequently visits the city. He went on to say that he sometimes feels that he is a South Indian trapped in a North Indian’s body.