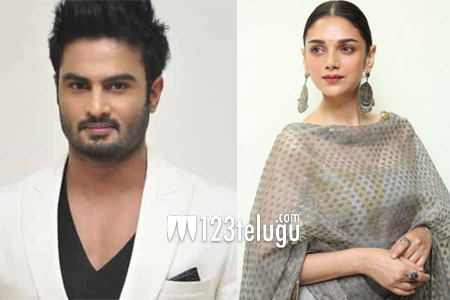 Sudheer Babu, who is last seen in Shamantakamani as one of the lead heroes is currently working on two projects. One of the films is a biopic on badminton player Pullela Gopichand and the other one is with the director Mohana Krishna Indraganti.

Meanwhile, the latest buzz on Indraganti’s film is that Bollywood starlet Aditi Rao Hydari has been roped as the female lead in this film. Touted as a rom-com entertainer the film is expected to go on floors soon.

Stay tuned for more updates regarding this project.