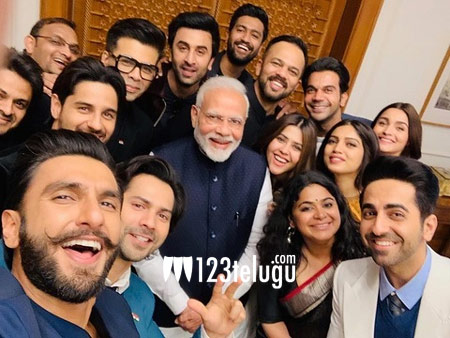 Some of the key actors in Bollywood actors reached Delhi today and met Prime Minister Modi at his office. They spoke to him at length and discussed several issues which were plaguing the Hindi film industry.

After the meeting, the stars took an epic selfie with the man himself. Seen here in the picture are Ranveer Singh, Ranbir Kapoor, Alia Bhatt, Karan Johar, Rohit Shetty, and a few other directors. This picture has gone viral now.