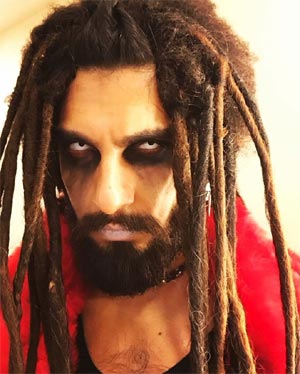 Bollywood star, Ranveer Singh, who has been trying a different genre of films since his debut is impressing the audience with his performances.

Films like Padmavath and Gully Boy took him to the next level. Meanwhile, the latest picture of Ranveer in a horrifying getup is out on social media.

Soon after the picture went viral all over, it become a top of discussion among the moviegoers. Is the get up for a film or for any commercial Ad is to be seen.