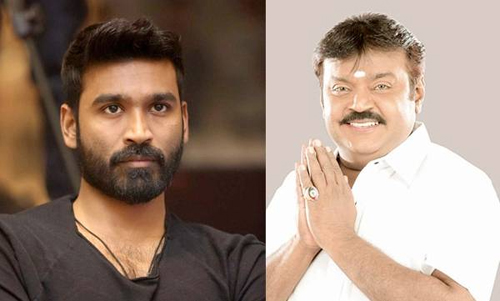 Yesterday, calls were made to the residences of Tamil superstar Dhanush and Vijayakanth. The news is that the police control room received a call from an anonymous person twice stating that bombs have been placed in Dhanush’s Abhiramapuram house in Chennai and Vijayakanth’s house in Virugambakkam.

Search is on to nab this culprit as of now. Dhanush is busy shooting for his next whereas Vijayakanth recently got cured from COVID 19.