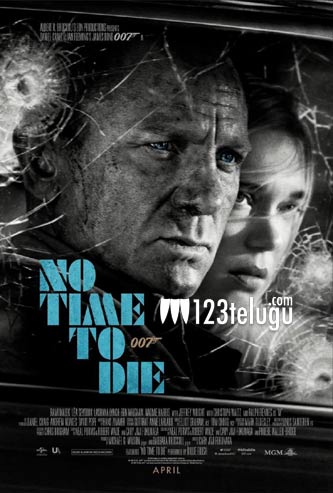 It looks like the upcoming Telugu movies like Anushka’s Nishabdham, Rana’s Aranya and young Mega hero Vaishnav Tej’s Uppena will have a tough competition in the form of ‘No Time To Die’. The film is slated to release on April 2nd along with the above three movies to cash in on the Sri Rama Navami long weekend.

No Time To Die is the 25th film in the super hit secret agent James Bond franchise. The film is hitting screens in Telugu, Hindi and Tamil versions apart from its English version. Bond25 stars British actor Daniel Craig and Oscar-winning Egyptian actor Rami Malek in lead roles. This $250 million action thriller is directed by Cary Joji Fukunaga. Universal Pictures is releasing the film in India.