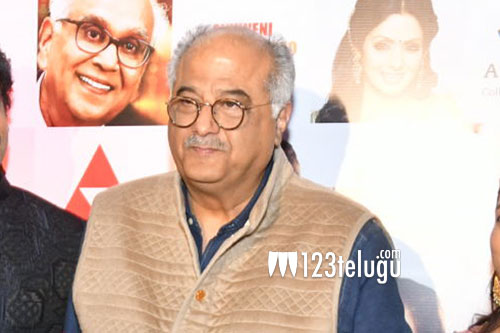 Tamil star hero Ajith is going to celebrate his 49th birthday tomorrow. On this occasion, his fans planned some grand online and offline celebrations but Ajith requested them to quit the celebrations and help the needy in this Corona crisis.

As there are no birthday celebrations, Ajith fans are expecting an update on his upcoming film, Valimai and demanded producer Boney Kapoor the same.

Responding to fans request, Boney Kapoor released a press note which says “As the entire world fights Covid-19, Bayview Projects along with the concerned artist’s and technicians of our films have mutually decided that we shall not do any PR activity or promote any film of ours till we overcome this critical time. Till then let us all together fight this battle”.

With his statement, Boney Kapoor, who is also co-producing Pawan Kalyan’s Vakeel Saab made it clear that there will be no update regarding the film until the nation comes out of the Covid-19 crisis.