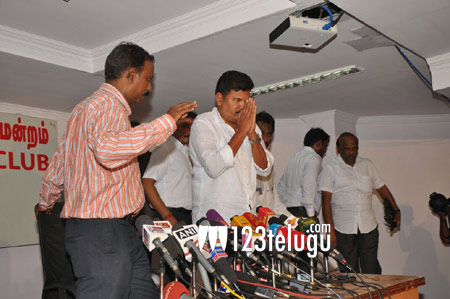 In an unfortunate incident, a couple of journalists​ belonging to a popular news daily were roughed up by the bouncers at Shankar-Rajinikanth’s 2.0’s shooting location when they were allegedly ​trying to take photographs.

This left the journos file cases against the bouncers with the Ice House police and the cops reportedly arrested one of the bouncers. Quickly acting on the happenings, Shankar arranged a press meet in which he had expressed regret over the incident and assured that he will talk to his crew members regarding the issue.

The journalist’s association then decided to withdraw the cases against 2.0 crew members owing to the goodwill they share with Shankar. Currently, Team 2.0 is shooting for the final schedule in Triplicane, Chennai.