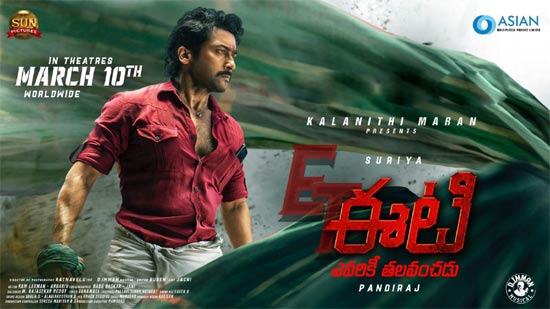 Suriya is a big star in the Telugu states as well and was out with his new film ET. The social drama opened to some dull reviews all over disappointing fans of Suriya.

The occupancy of the film fell down drastically from day two only and now thanks to the release of Prabhas Radhe Shyam, the film has gone down even further.

Today will be the last day for the film to make some money or else the Telugu distributors will loose heavily. Pandiraj has directed this film which also had Priyanka Mohan and Satyaraj in key roles.