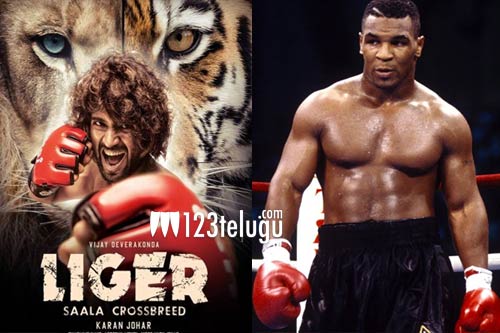 Boxing superstar Mike Tyson is apparently on-board for Vijay Deverakonda’s Liger which hit the floors recently after a lengthy break due to Covid outbreak.

Apparently, Mike Tyson will be playing an important cameo role in Vijay Deverakonda’s Liger. He has signed the dotted line already and will soon be joining the sets.

Liger is an action drama based on the sport of boxing and almost fittingly enough, boxing legend Mike Tyson has been roped in for the Puri Jagannadh directorial.

Meanwhile, the makers of Liger have announced that a special update on the project will be out at 4 PM today.