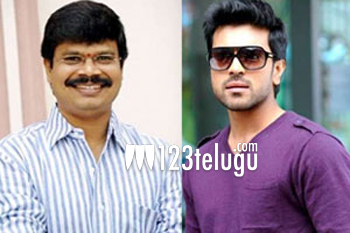 Director Boyapati Sreenu is on cloud nine with the success of his latest film ‘Legend’. He has now scored back to back hits with Balakrishna, a feat that was last achieved by B. Gopal many many years ago.

Boyapati Sreenu is now shifting his focus to his upcoming project with hero Ram Charan. Boyapati Sreenu confirmed the news about this combination and he said that K.L.Narayana would be producing the movie.

“I have narrated the story line to Charan and Chiranjeevi garu. They liked it. I am now developing it further and I will reveal more details soon”, he said.