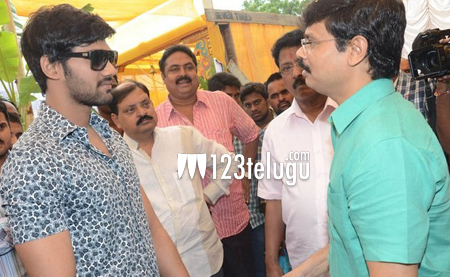 Boyapati Srinu’s upcoming film, starring Bellamkonda Sai Sreenivas and Rakul Preet, is going to be shot in Rameshwaram soon. Recently, the director and his team went to the temple town in coastal Tamil Nadu for a recce and Boyapati is said to have zeroed upon some really interesting locations there for the film’s shoot.

Few weeks ago, the team spent quite some time in Bangkok where a lavish wedding song was shot on the lead pair. The film is being produced by Miryalguda Satyanarayana and it’s said to be the most expensive film in Sreenivas’ career already.

Incidentally, this untitled film is one of the very few Telugu films to be shot in Rameshwaram. More details about the film are awaited.