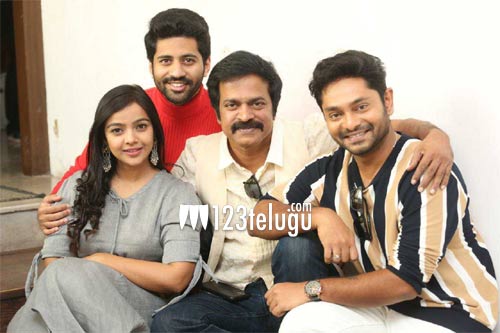 O Pitta Katha is a film that has created a good buzz from the past few days as it has been promoted by the likes of megastar Chiranjeevi and Mahesh Babu on various occasions.

Now, none other than superstar NTR has tweeted about the film and has raised the excitement levels. Brahmaji’s son, Sanjay is making his debut with this film.

As the film is having a decent talk, Brahmaji has used most of his resources in the industry and made them promote the film. Thanks to all of them, the film is in news and will be out tomorrow.

The film is a romantic thriller with a crime setup. Chandu Muddu is the director of this film.

Best wishes to Sanjay, my friend @actorbrahmaji and the entire team of #OPittaKatha for the release tomorrow