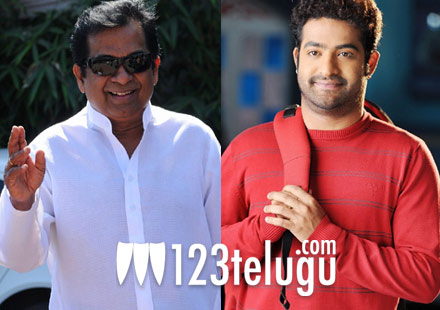 Comedy star Brahmanandam is an integral part of many Telugu films. He has essayed a number of successful characters in the past and he is now all set to be seen in a key role in Young Tiger NTR’s movie.

Brahmanandam reportedly has a very funny character in NTR and Kandireega Srinivas’ s upcoming movie. The actor is currently participating in the film’s shoot in Hyderabad. Samantha and Praneetha will be seen as the female leads in this film.

Bellamkonda Suresh is producing this movie and Thaman is composing the music. The film is expected to hit the screens in summer 2014.