Brahmastra to release in this country tomorrow
Published on Dec 1, 2022 11:10 pm IST 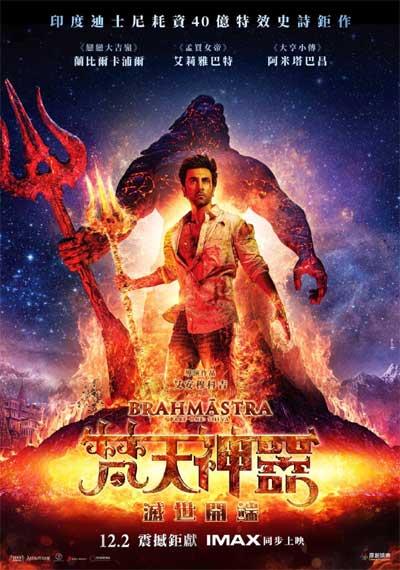 Star couple Ranbir Kapoor and Alia Bhatt’s latest outing Brahmastra: Part One-Shiva impressed a section of audiences when it was released in theaters and on OTT. The film is now in news again.

Brahmastra, directed by Ayan Mukherji, becomes the first Indian movie to release in IMAX screens in Taiwan. The Taiwanese version will be released tomorrow in theaters. A brand new poster has also been released online.