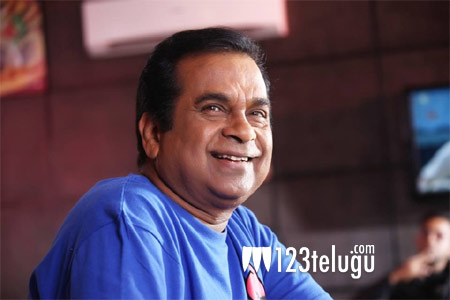 Tollywood has been missing Brahmanandam from a long time as he has been sick from the past few months. Now, he is back in action after his surgery and has also signed a film.

The news is that he has signed a film as a solo lead in the direction of writer turned director Sreedhar Sripana. The film has been titled Brahmi is Back.

The regular shooting of this film will start next month and Brahmi will be seen in a hilarious role.