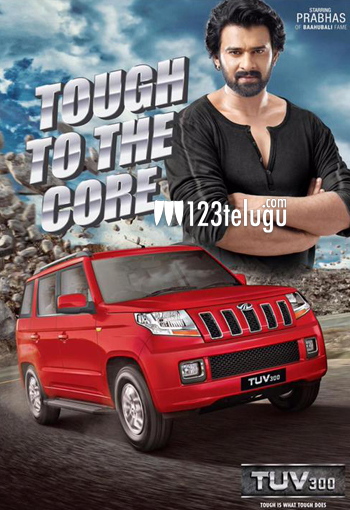 Ever since the posters of Prabhas endorsing the Mahindra SUV broke out, there has been a huge uproar in the national media. The rebel star from Tollywood has become the talk of the town and several multi-national companies are eager to sign him for their respective brands.

Right from cars to FMCG goods, Prabhas has become the hot favourite of the Ad world and is being offered huge amounts to endorse these brands. With Baahubali-The conclusion set to release in 2016, several well to do brands are trying hard to rope in Prabhas and cash in on his success.

With the film earning close to 500 crores worldwide, brand Prabhas has become the latest heartthrob of the nation and is currently enjoying his super stardom big time.