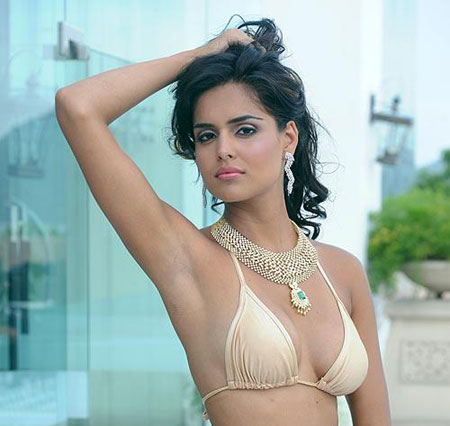 There’s no end to list the muses in RGV’s life. For a very long time, Urmila was considered his favourite and then it was Antara Mali and few years ago Nisha Kothari’s name was doing rounds. The latest one to join the list might very well be a half Indian half Brazilian model named Nathalia Pinheiro. She won the Kingfisher Calendar Girl 2012 title and later changed her name to Nathalia Kaur. She’s all set to make her Bollywood debut in an item number in RGV’s upcoming film Department. “Frankly, I have not seen a girl in the last 10 years with more grace and expression along with an angel like body and a classically beautiful face than what Nathalia has,” RGV told a leading newspaper. The item number ‘Dan Dan’ is currently being filmed on Nathalia, Rana and Sanjay Dutt in Mumbai. “The song will do ‘Khallas’ to all item songs,” RGV added.