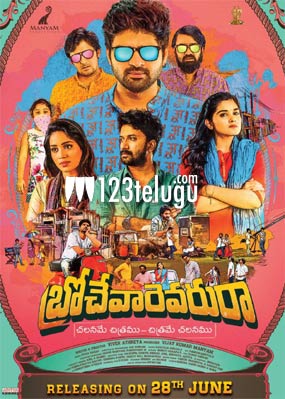 It looks like director Vivek Athreya’s Brochevarevarura has piqued the interest of producers down south! We hear that a Chennai-based producer has purchased the remake rights to the film at a fancy price and in all likelihood, Nivetha Thomas will reprise her role in the film!

Apparently, the makers loved the twists and turns in the Telugu film and decided to remake it with a young cast and crew in Tamil.

An official announcement of the same is awaited. Sree Vishnu, Rahul Ramakrishna and Priyadarshi received acclaim for their roles in the film that also saw Satyadev Kancharana and Nivetha Pethuraj in key roles.