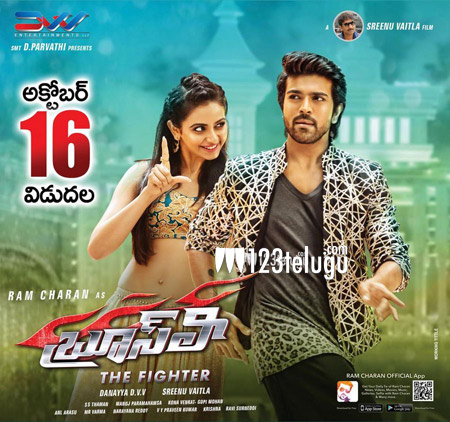 Ram Charan’s most eagerly awaited action entertainer, Bruce Lee, will be wrapping up its final schedule by tomorrow. The film is gearing up for a grand release on 16th October. It is well known that Bruce Lee will be releasing in Tamil as Bruce Lee 2 on 16th October, along with the Telugu version.

As per the latest reports, Bruce Lee 2 will have its audio launch on 7th October in Chennai. Noted Tamil distributor Bhadrakali Prasad of Bhadrakali Films will be releasing the Tamil version. Composed by SS Thaman, the Telugu version’s audio was released on 2nd October and it has been declared a huge hit.