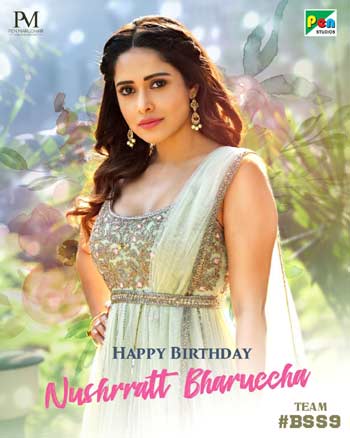 Everybody is aware that the Tollywood actor Bellamkonda Sreenivas is making his Bollywood debut with Chatrapathi, an official remake of Prabhas’ movie of the same name. Mass director VV Vinayak wielded the megaphone for this project.

Today, the makers have silently announced the heroine of the film in a surprising way. The team Chatrapathi wished Nushrratt Bharuccha, well known for the films like Dream Girl and Chhorii on social media. So, it is confirmed that she is the lead actress in the action drama.