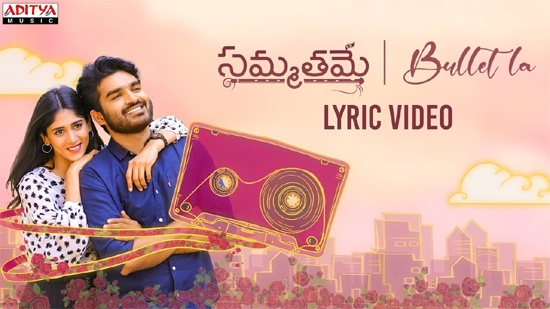 Young actor Kiran Abbavaram will be seen next in a romantic love story, Sammathame. Chandini Chowdary of Colour Photo fame is playing the lady love of the actor. Directed by debutant Gopinath Reddy, the movie has made the headlines today.

The makers have released a new song from the movie. Titled Bullet La, the song is composed by Shekar Chandra while sung by Ritesh G Rao. The melodious track is good to listen to. The lyrics penned by Samrat are nice.

Produced by Kankanala Praveena under the UG Productions banner, the movie has Sateesh Reddy Maasam as the cinematographer. The makers will release the movie very soon in theaters.