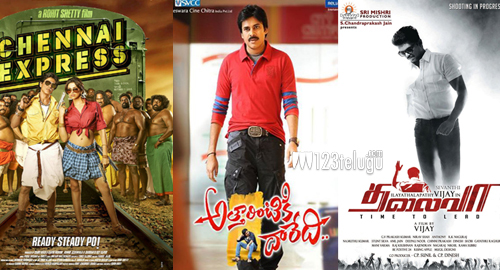 ‘Atharintiki Dharedhi’ and ‘Chennai Express’ will get solid openings in Andhra Pradesh while ‘Thalaiva’ is expected to create a big impact in Tamil Nadu. All three films look promising and if they succeed at the Box Office, it will be a terrific weekend for South Indian movie lovers.

Eid al-Fitr, which falls on August 8th, is also expected to boost collections in a big way.