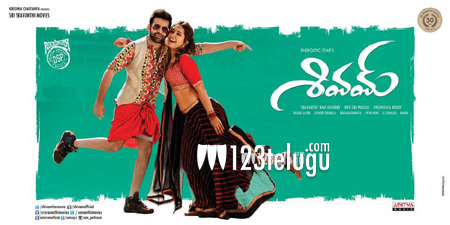 Young hero Ram is gearing up for the grand release of his upcoming action entertainer Shivam. Directed by Srinivas Reddy, the film has Rashi Khanna as the female lead. Sravanthi Ravi Kishore is the producer and Devi Sri Prasad is the music composer. There is a lot of positive buzz on the film and the pre-release business is also promising.

As per the latest update, the Vizag rights of the film were bagged by a leading distribution company for a whopping 2.25 Crores. Already, the songs and the trailers have impressed the audience big time. The film is slated to hit the screens on October 2nd.