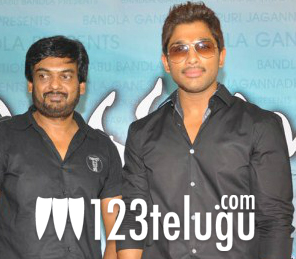 Stylish Star Allu Arjun will be heading to New Zealand from December 1st onwards.  Regular shooting will begin that day for the film ‘Iddarammayilatho’ and Puri Jagan is the director. The film’s shoot will take place largely in New Zealand and in Australia as well. The film is going to be a love story.

Bandla Ganesh is the producer of the movie. Travel arrangements are being completed for an extended schedule in the two countries. Script work has already been completed and shooting is expected to be wrapped up at a fast pace. The production team originally wanted to shoot in Spain, but have decided to shift to New Zealand and Australia now.

Allu Arjun tasted good success in 2012 with ‘Julayi’ and he is looking to consolidate it with this movie.

note : The article has been edited at 11:40 am (IST) after new information has come in that Tapsee is also out of the project. As of now, Amala Paul is the only confirmed heroine.