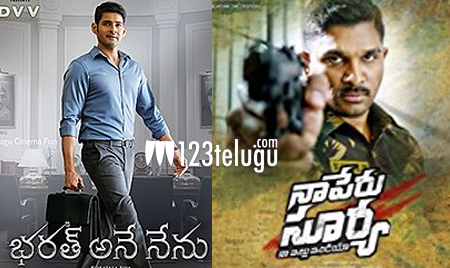 We all know that the two summer releases, Bharath Ane Nenu and Na Peru Surya are releasing on the 26th of April. Things have become quite competitive as both the teams are hellbent on releasing their films at the same time.

This has evoked a huge war among the fans who are promoting their films on a huge scale. The latest we hear is that several people are trying to pacify the makers of both the films to change their release dates so that they can get good theaters and more exposure.

But sadly, none of the makers are in a mood to go back as they want the maximum mileage for their films. The coming days will be very interesting to see which film moves out of the race.