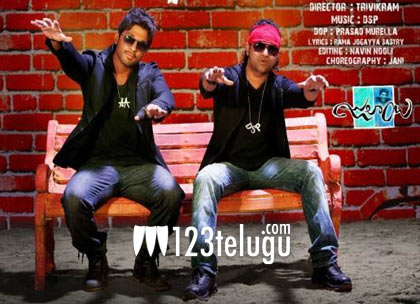 The film industry is one place where sentiments and lucky combinations are given very high importance. One such renowned combination in the industry is that of Stylish Star Allu Arjun and Devi Sri Prasad. They have teamed up for some very good musical hits and they scored yet again recently with ‘Julayi’.

Bunny is now reportedly insisting on DSP’s name for his upcoming projects. His next film to go to the floors will be ‘Iddaru Ammayilatho’ with Puri Jagan as the director and Bandla Ganesh as the producer. Chakri was the initial choice for music director but Bunny insisted on DSP for this movie.

From his end, Devi Sri is providing some great music so its a win-win situation for everyone. Shooting of ‘Iddaru Ammayilatho’ will begin on September 20th.