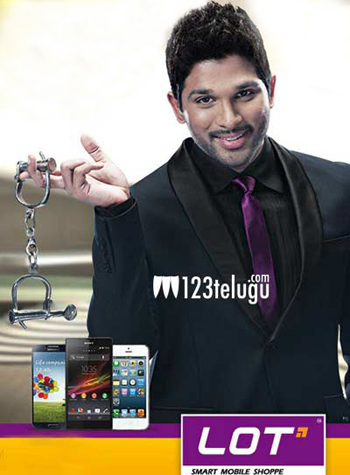 We all know that Stylish star Allu Arjun, is the brand ambassador of Lot Mobiles. This company has already started a chain of mobile stores in both Telangana and Andhra Pradesh. The latest news is that they are launching a new store in Vijayawada and Allu Arjun will be inaugurating this store at 10 AM today. The management has planned a grand event for the same.

Coming to the film front, Allu Arjun is currently busy shooting for Trivikram Srinivas’s film. Bunny is getting an overwhelming response for his first look in ‘Rudhramadevi’ which was released recently.