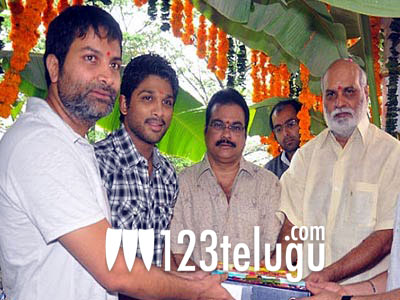 Stylish Star Allu Arjun is currently working under the direction of star director Trivikram for a new movie which has Ileana as the heroine. Shooting of the film is currently on in Chennai Port. A few key fight sequences are being canned on Bunny and renowned fight master Peter Haynes is supervising the shoot.

Sonu Sood is playing a key role in this movie along with Brahmanandam. Music is being composed by Devi Sri and Radhakrishna is the producer. The movie is gearing up for a June launch.The movie has not yet been named and a title will be announced shortly.