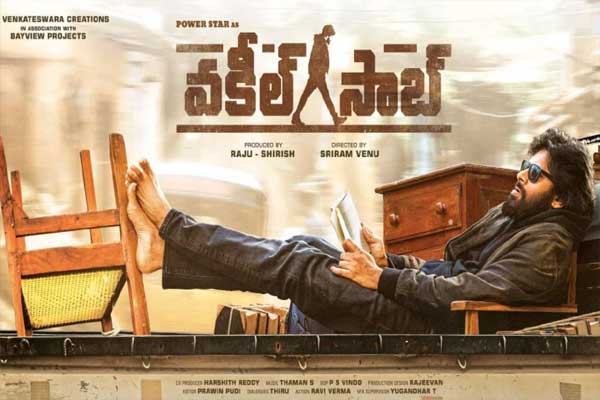 Vakeel Saab is a film that is being touted as a comeback vehicle for Pawan Kalyan. This film is also important for Pawan’s political career as the success will help his craze grown in the public.

Dil Raju has made Vakeel Saab and is busy wrapping up the pre-release business of the film. The update from the film circles is that Dil Raju has sold the theatrical rights of the Andhra region for a massive 40 crores.

So, there is clear pressure on Dil Raju for creating a solid buzz for the film. He is planning big events in the days to come to keep the film in the news. So, only time will tell what kind of an impact this film will create at the box office.