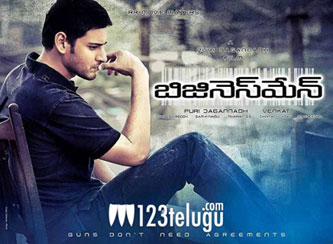 Prince Mahesh Babu’s ‘Businessman’ is gearing up for a massive release on January 11th 2012. The audio function is going to be held in Hyderabad on December 18th. The movie’s audio would be simultaneously released in Telugu, Tamil and Malayalam. Music for this movie is being scored by Thaman.

Businessman is one of the most eagerly awaited movies and the first teaser has really upped the expectations of the film. Puri Jagan and Mahesh are teaming up for the first time after the massively successful Pokiri.

Venkat of R.R.Movie Makers is producing this movie. Kajal Aggarwal is the heroine and the movie is set in Mumbai. Shooting is currently being wrapped up in Bangkok and the post production activities are simultaneously going ahead at Shabdalaya Studios.