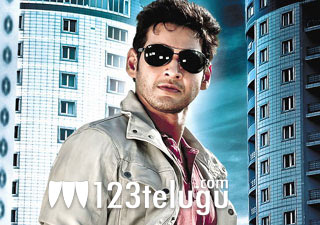 Prince Mahesh Babu’s upcoming entertainer ‘Businessman’ is racing ahead with its production. The movie’s audio launch has been confirmed for December 23rd. Thaman is scoring the music. The specialty of Businessman’s audio album is that it will be releasing simultaneously in Telugu, Tamil and Malayalam. Music is being scored by Thaman for this film.

Businessman is being directed by Puri Jagannadh and the film is being produced on R.R.Movie Makers Banner. Kajal Aggarwal is the heroine for this project.

The movie is set in Mumbai and has a Mafia backdrop. Mahesh Babu and Puri Jagan are teaming up after a long time to try and recreate the magic of Pokiri. The first trailer has tremendously increased the expectations on the movie. Businessman will release worldwide on January 11th 2012.