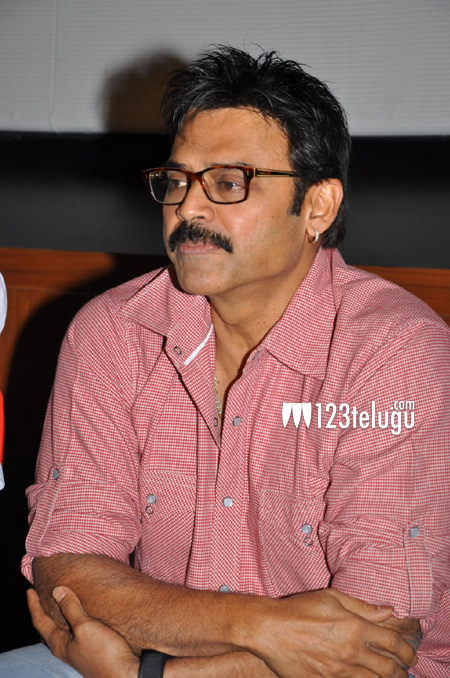 Victory Venkatesh has no plans of slowing down. Venky, as he is popularly known, is getting ready for a solidly busy 2014 and he has already announced three projects for the year. The three films that will release this year are ‘Radha’, ‘Drishyam’ remake and ‘Oh My God’ remake.

At a time when his contemporaries like Balakrishna and Nagarjuna are slowing down, Venkatesh’s 3 film plan for the year has taken everyone by surprise. He was supposed to be a part of Ram Charan and Krishna Vamsi’s film as well, but he opted out of the film at the last minute.

Venkatesh continues to enjoy good support among family crowds and A center audiences. Let us hope he tastes success with all three films this year.