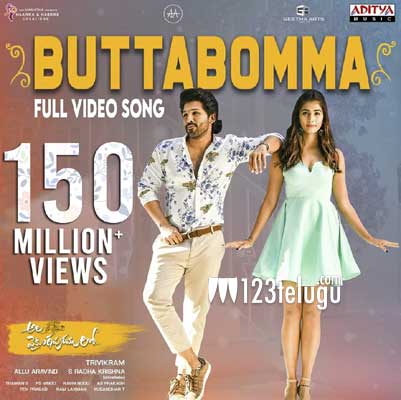 There’s no stopping Ala Vaikunthapurramuloo’s audio album. This Thaman musical, even after 5 months since its release, is rocking the charts, becoming one of the most successful Telugu movie audio albums of all time.

In a latest, Butta Bomma, the peppy romantic dance number from Ala Vaikunthapurramuloo, has now pulled off a major feat. The song’s video version, which was released on YouTube on February 25, has surpassed the staggering 152 million views today and even amassed over 1.3 million likes.