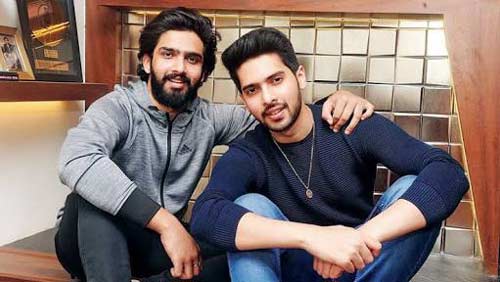 For the last couple of days, Butta Bomma singer Armaan Malik’s music composer brother Amaal Malik has been entangled in a nasty Twitter spat with Salman Khan’s fans. It all started when Amaal told a Salman fan that Shah Rukh Khan is his favorite actor.

Needless to say, Amaal’s reply had left Salman’s fans enraged, especially because Amaal was launched by Salman himself with Jai Ho several years ago. Both Salman fans and Amaal been hurling nasty abuses at each other throughout the day on Monday. It remains to be seen how this entire episode pans out in the coming days.

It all started with me saying #Srk is my fav actor, and these idiots went crazy.

I respect #SalmanKhan for the launch he gave me, but that doesn’t mean I will take shit from his fans or any one ✌🏻💯 pic.twitter.com/MSWs1h9uTM