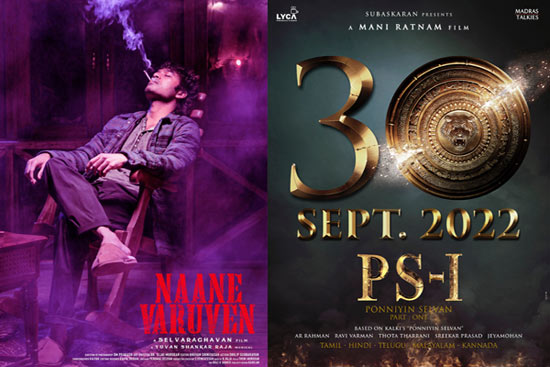 Kollywood star actor Dhanush’s Hollywood movie The Gray Man is up for a grand release on Netflix worldwide on July 22, 2022. Besides the OTT movie, the actor’s other movie has made the headlines again.

Everyone is aware that Dhanush joined hands with his brother-director Selvaraghavan for one more movie called Naane Varuven. The latest gossip is that the makers are in plans to release the movie on September 30, 2022. If the news is true then the movie will clash with Mani Ratnam’s star-studded period action drama, Ponniyin Selvan: Part 1. The entire shoot of Naane Varuven was wrapped up back in April 2022 and the post-production works are currently happening.

We need to wait for an official announcement from the team and it is also expected that the makers will release the teaser of the movie on July 28, 2022 (Dhanush’s birthday).

Swedish girl Elli AvrRam and Indhuja Ravichandran to romance Dhanush in this movie, which also has Selvaraghavan, Prabhu, Yogi Babu and others in key roles. Yuvan Shankar Raja has composed music for this action thriller.