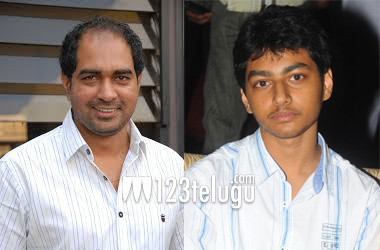 The silver screen debut of Nandamuri Mokshagna, the fourth generation star kid belonging to the illustrious Nandamuri family, has been the much talked about topic in Tollywood over the past couple of years.

Several top league directors were rumoured to have been roped in by Balayya to helm Mokshagna’s debut movie, but nothing has been made official as Balayya, before the launch of his 100th movie, announced that Mokshagna will make his debut next year.

Now, the buzz surrounding Mokshagna’s debut seems to be intensifying as a section of media has been carrying news that Balakrishna, who is quite impressed with Krish’s direction for Gautamiputra Satakarni, is said to have asked Krish to direct his sons’ debut movie. Let’s see if this buzz turns out to be true eventually.