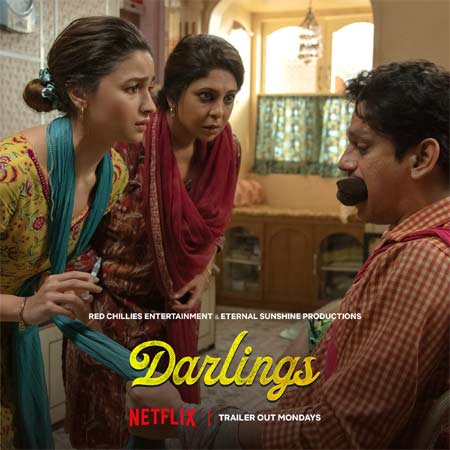 A few days ago Bollywood star actress Alia Bhatt starrer Darlings was released directly on Netflix. It was produced together by Alia and Red Chillies Entertainment. The film started receiving great reviews from critics and a phenomenal response from audiences. Many are of the opinion that the domestic violence angle has been well depicted. It is trending at the top on Netflix currently.

Now the news is that the film will be remade in Telugu and Tamil. The makers believe that the content of this film would connect easily to other language audiences as well. They are looking to change the film according to the nativity of the south. The team will soon rope in the actors as well.

So it marks the debut of Red Chillies Entertainment in south languages. Darlings also stars Shafali Shah, Vijay Verma, and Roshan Mathew in other key roles. This dark comedy film is directed by Jasmeet K Reen.