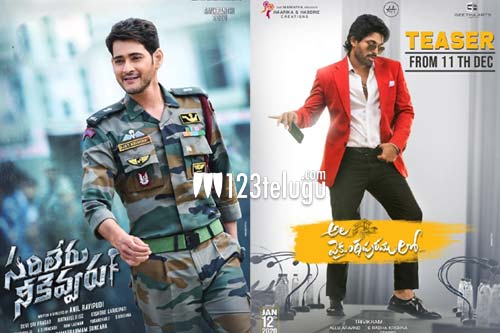 Superstar Mahesh Babu’s Sankranthi blockbuster, Sarileru Neekevvaru was aired on Television a few days back and registered a record TRP of 23.4 by exceeding mighty Baahubali 2.

As the film, has attained the top slot with highest TRP ratings, now everyone is eyeing at the telecast of yet another blockbuster Ala Vaikunthapuramlo which was released during the same Sankranthi season.

As a fact check, touted as a clean family entertainer, AVPL collected more revenue than Sarileru at the box office and took the lead. Now, if AVLP is aired on Television anytime soon, will it be able to cross SLN and continue its domination? Needs to be seen.