Can Rangasthalam recreate the magic in Malayalam?
Published on Oct 30, 2018 2:18 am IST 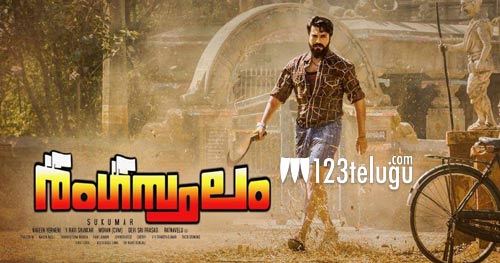 Released in summer earlier this year, Ram Charan and Sukumar’s period village drama, Rangasthalam, went on to become a huge blockbuster at the box-office. The film has collected over Rs 120 crore share worldwide and ended up as the third highest grosser in Tollywood history, after the Baahubali franchise.

Rangasthalam is all set for a grand release across Kerala in November with the original title. The film’s Malayalam dubbing has been completed already and RD Illuminations, the distribution house which is releasing Rangasthalam in Malayalam, will announce the release date soon. Needless to say, all eyes will be on the film’s performance in Kerala.
Attachments area