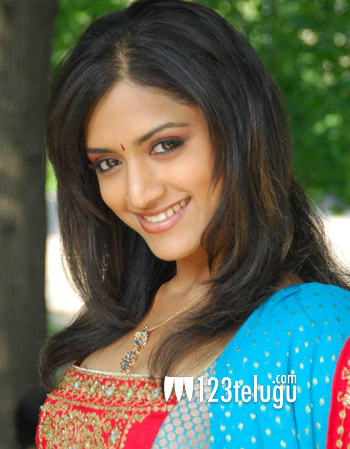 A few years ago, Mamata Mohandas made a strong impression on Telugu viewers with her lovely voice and glamorous looks. This Kerala actress essayed a number of glamorous roles in Telugu films and her career started quite promisingly.

However, cancer and marriage took their toll on this actress. Mamata successfully fought off cancer once, but she is now suffering from a relapse. Mamata is currently undergoing treatment for caner in Chennai and she is quite upbeat about her life now.

In an interview given to Sakshi, Mamata says that cancer has made her stronger. “Every setback in life will make you stronger. When I came to know about the cancer relapse, I was quite disappointed. However, I have come to terms with it and I am now mentally stronger than before”, she said.

When asked about her future plans, Mamata said that she planned to act in ‘realistic Malayalam films’.