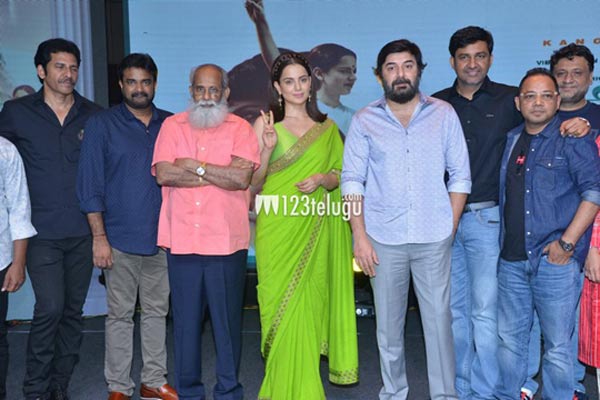 The pre-release event of Thalaivi, a biopic on yesteryear diva and former Chief Minister if Tamil Nadu J Jayalalithaa, was held in Hyderabad tonight. Bollywood actress Kangana Ranauth has played Jayaa in this AL Vijay directorial.

Speaking at the event, Kangana said she didn’t know anything about Tamil politics before she signed Thalaivi. “Writer Vijayendra Prasad garu had believed that I could reprise Jayalalithaa. But I could not believe his confident words about me. But, after looking at myself on-screen, I can’t believe that I have played Jayalalithaa,” Kangana said.

Kangana also expressed confidence in Thalaivi’s success at the box-office. The film also features popular Tamil actor Arvind Swami as MGR. Vishnu Induri and Sailesh Singh have jointly bankrolled this period drama. The film is slated for release on September 10.