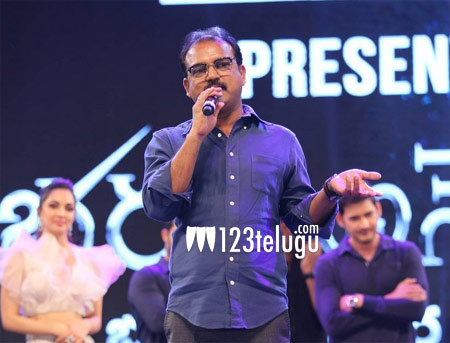 With the grand success of Bharat Ane Nenu, writer-director Koratala Siva has scored his fourth blockbuster in a row and his second with Mahesh Babu. The director is thrilled with the way audience received the message in this political drama.

Talking about Mahesh Babu in a latest interview with a popular news agency, Koratala Siva revealed why he chose the Superstar to play CM Bharat Ram. “I wanted an actor who can play a politician who is heard without shouting, whom everybody listens to when he talks although he never raises his voice. Someone who could be assertive without getting unnecessarily aggressive,” Koratala Siva said.

Did he have any other actor in mind for the CM’s role? The director says, “No one fitted the bill except Mahesh Babu. He is soft spoken and yet persuasive. He is exactly like the Chief Minister he plays in my film. I can’t imagine making this film without Mahesh Babu as Bharath.”