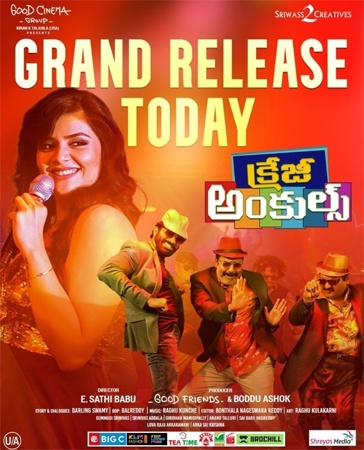 Popular TV anchor Sree Mukhi is making her feature film comeback with today’s release, Crazy Uncles. The film’s trailer showcases the desperate pursuit of a trio of ‘uncles’ in their 50s trying to flirt with Sree Mukhi’s character. The trailer has now landed the filmmakers in trouble.

Several women’s rights activists of Telangana Mahila Hakkula Vedika filed a case against Crazy Uncles’ team, alleging that their film’s trailer portrays women in a derogatory manner and also disrupts the social fabric of the country. The protestors also demanded a ban on the film. Incidentally, Crazy Uncles had received a UA certificate from the CBFC.