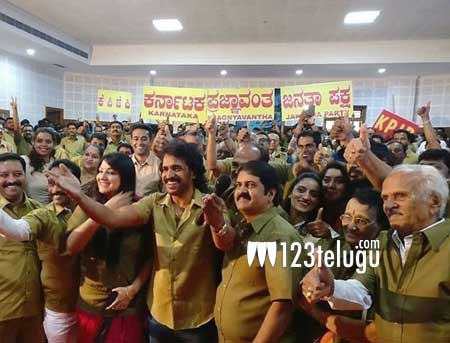 On October 31st, a day ahead of the 62nd Karnataka Rajyotsava, Kannada star Upendra announced his own political party, Karnataka Prajnavanta Janata Paksha (KPJP). Speaking on the occasion, Upendra said his party will contest in all the 224 Assembly constituencies in Karnataka in the next general elections.

Upendra also asked the voters to “accept money if any leader offers, in return for votes, but don’t vote for them”. Upendra’s statement didn’t go down well with JD(U) Karnataka State General Secretary Nagesh. Nagesh filed a complaint against Upendra with the Seshadripuram Police in Bengaluru. Cops are investigating the matter.